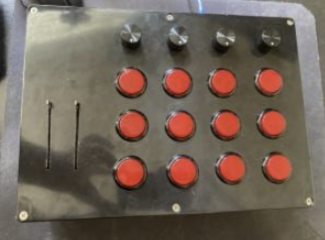 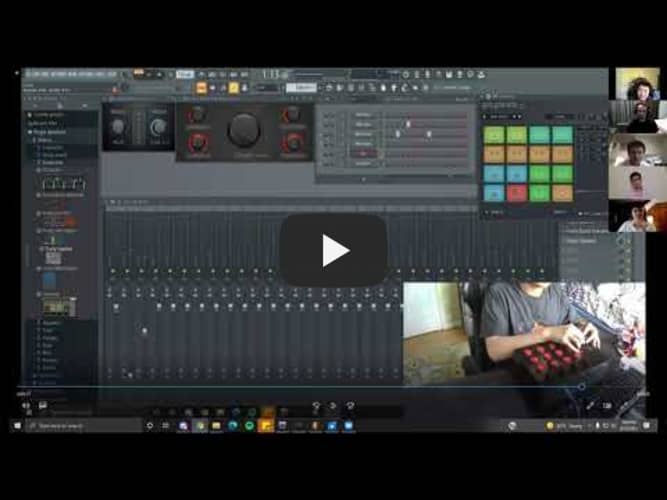 Reflection: Overall my time a Bluestamps has been very enjoyable. Through this course I have learned many lessons such as double and triple checking my mesurements when planning out a layout. My big takeaways from this session has been learning how to code in ardino and learning to solder. I think Bluestamps helped me stay on track and finish my porject that I probably would have never started without Bluestamps.

My Final Milestone was cutting out the holes and slits to fit all the components. This step was quite challenging as I didnt have a large enough drill bit to make the hole required to hold the button so I had to do a lot of filing to make the hole large enough. After cutting and filing all the holes I clicked in the buttons and hot glued the rotatry and slide potentiometers. 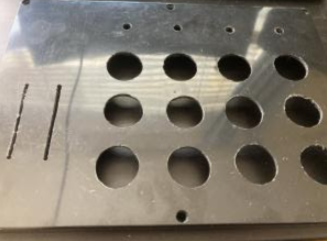 My Second Milestone was coding the ardino to take inputs from buttons and potentiometers into MIDI. I used this code to take the button presses into outputs ready for the serial to MIDI converter. After converting the serial output to MIDI I had to use a virutal MIDI port to receive these outputs. Once I was sending MIDI controlls to the virutal MIDI port I used FLStudios to take the MIDI controlls and produce music.

My first Milestone was planning out the layout of the MIDI controller and starting to mess with the components of my project. Initally I was confused on how each component worked but after doing some reasearch I learned how to wire up a potentiometer and a button. During this Milestone I also learned about Arduinos and how to write basic ardino code. This week was important to learn the basics and to become aware of all components in my kit. 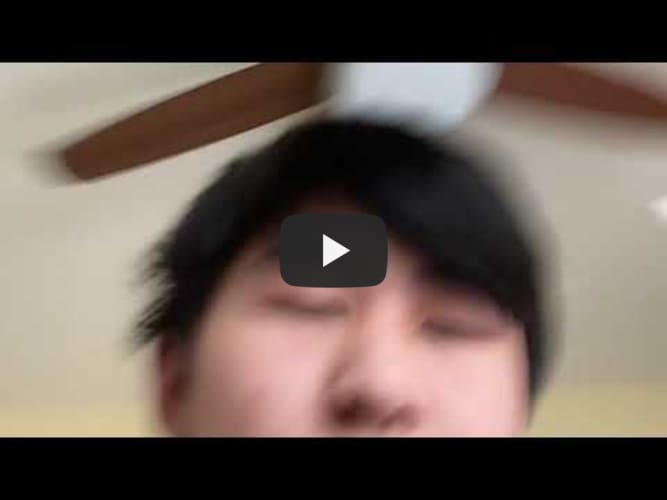 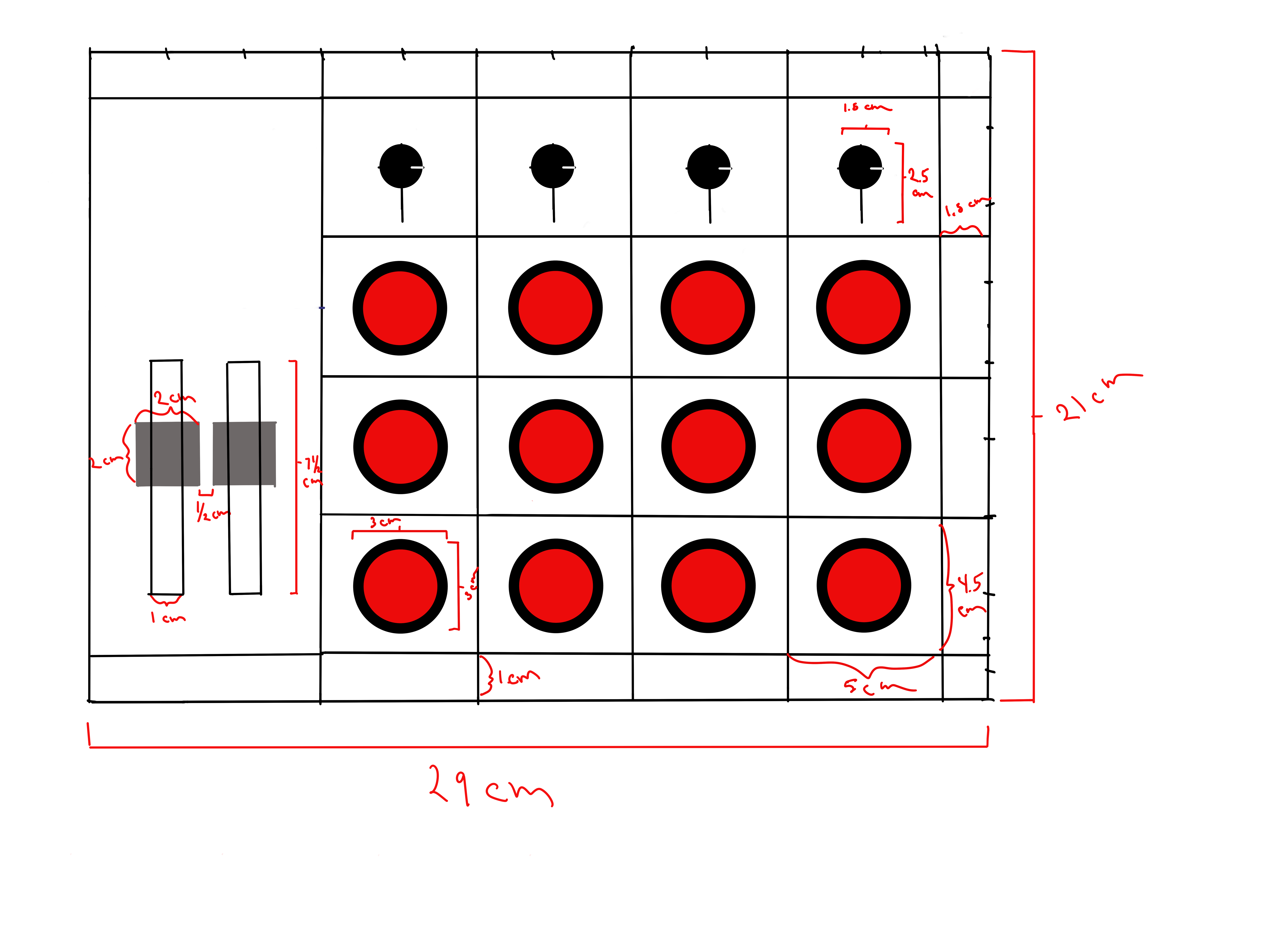